The history of the school begins in 1864. 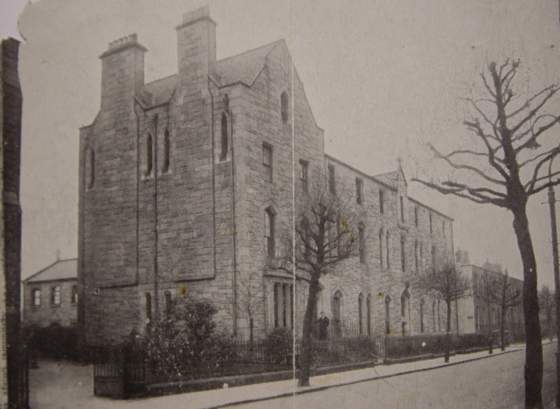 On Monday May 11th, 1864 the Synge Street schools opened for the first time. “At 9 o’clock” says the Freeman’s Journal of Tuesday, April 12th. “the Christian Brothers and some of the pupils went to the Oratory where the Canon said Mass and invoked the blessing of God on the new Monastery and Schools, Brothers and boys. The Lord Mayor, Mr. Paul McSwiney, a wealthy merchant, was the first to enrol his son in the school. The boys paid a penny a week when they could afford it”.

By July 7th, 1864, there were 604 boys in the four large classrooms in the main block and one small classroom. By 1954 when the new primary school building was opened there were 1,430 pupils in the secondary and primary schools combined. With such large numbers in the early years it was usual for older or for those who showed particular aptitude to be employed as monitors in the classrooms. These boys would correct handwriting, examine spellings and listen to reading. Above is a photograph of the original monastery and school which was founded in 1864.

This piece of school history is a brick from one the original houses on the site of the present school. It reads:

Are you an “old boy” of Synge Street?

Some of the records go back to the 1920’s. We may have a record of when you attended the school. Please send an e-mail if you think we could be of assistance to you.

From time to time “old boys”, some of whom who have travelled to the four corners of the earth to live, drop in to see the old place and reminisce. Lately (summer of 2017) two senior men, now living in Argentina and Perth, Australia called in while on holiday. We were delighted to be able to help them.